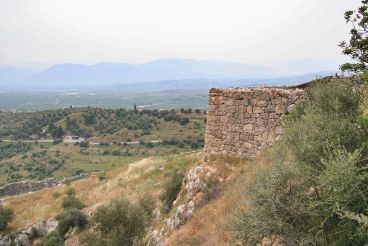 Mykonos - is an ancient city, one of the greatest monuments of the Bronze Age. It is situated in the northeastern Peloponnese in Greece, 90 kilometers south-west of Athens. In 1600 - 1100 years BC the city was the core of Aegean civilization and most influential city on the Mediterranean. Here was born the great Minoan civilization.
About Mykonos and its culture can only be known from the Greek myths and literary works of ancient writers. It is said that the city was founded by Perseus. It is known that King Agamemnon led the revolt of the legendary city of Troy.

Today, among the ruins of Mycenae can see the remains of cyclopean walls of the fortress, whose age is about 15,000 years. Of particular interest to travelers cause huge royal tombs built in the shape of domes. The most beautiful of them - Treasury of Atreus king (or Tomb of Agamemnon).